Fetch and Freight have simulated counterparts using the Gazebo Simulator which you can install locally on your system.

The Construct Sim provides a way to simulate a Fetch in Gazebo via their cloud service using a single ROSJect link in case you want to avoid the installation process.

Before installing the simulation environment, make sure your desktop is setup with a standard installation of ROS Indigo on Ubuntu 14.04 or ROS Melodic on Ubuntu 18.04. Once your APT repositories are configured, you can install the simulator:

Never run the simulator on the robot. Simulation requires that the ROS parameter use_sim_time be set to true, which will cause the robot drivers to stop working correctly. In addition, be sure to never start the simulator in a terminal that has the ROS_MASTER_URI set to your robot for the same reasons.

To start the simplest environment: 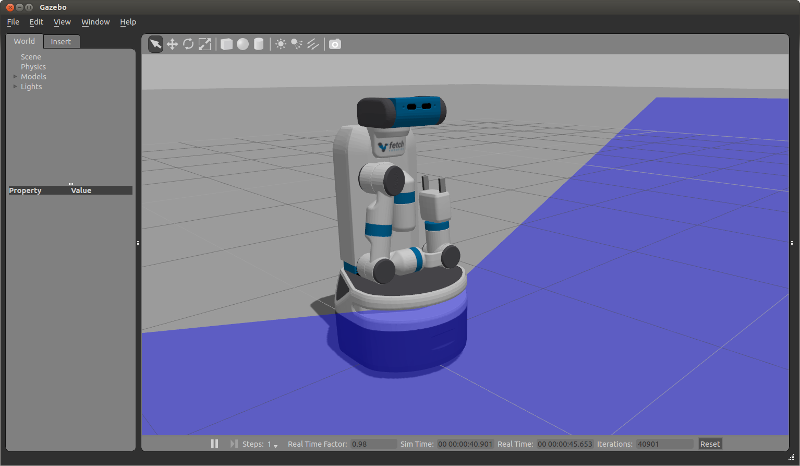 Note that all of the environments will prepare the robot by tucking the arm and giving the head an initial command.

Even though Gazebo has a graphical visualization, RVIZ is still the preferred tool for interacting with your robot. 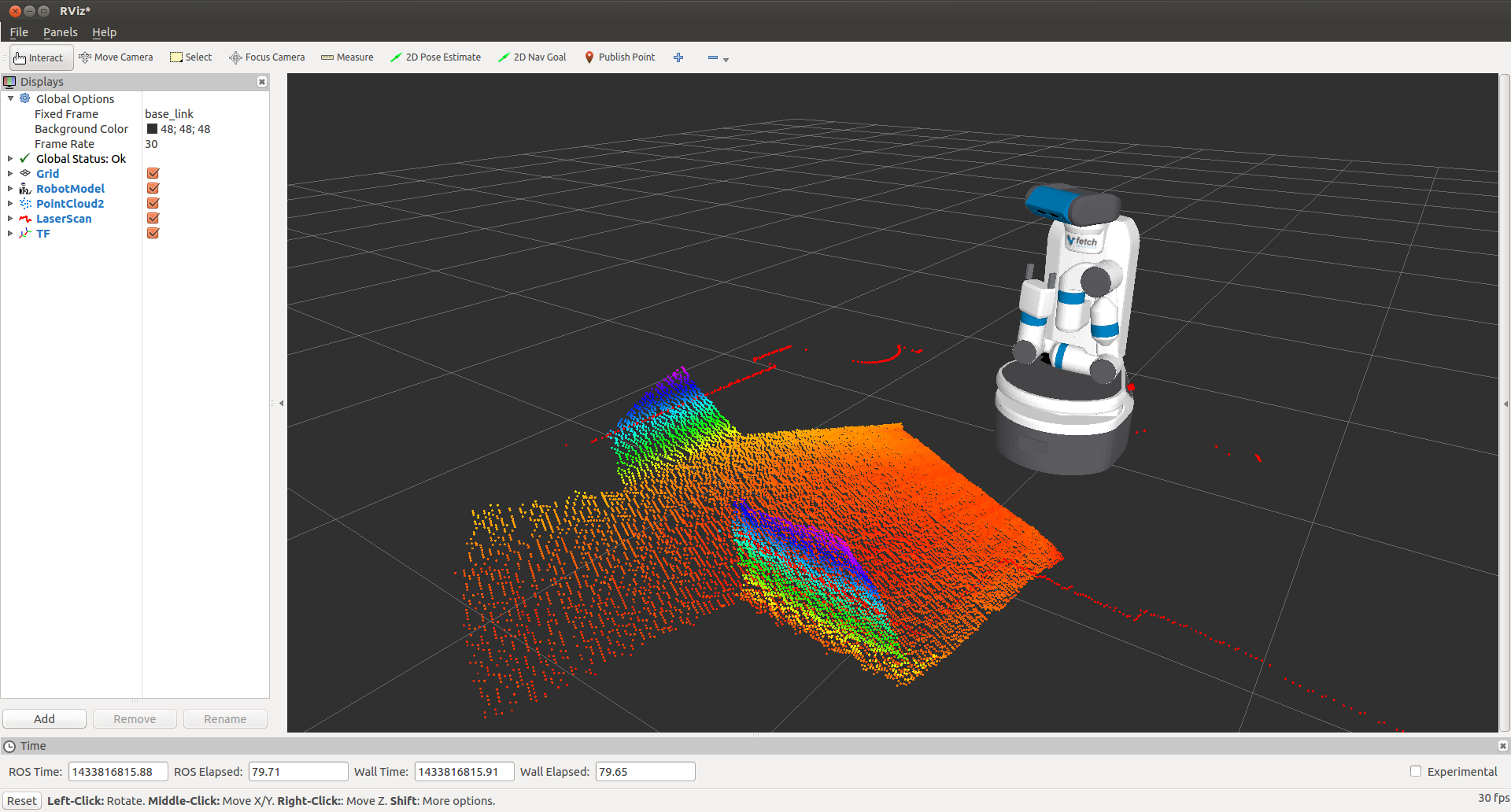 There is a fully integrated demo showing navigation, perception and MoveIt! working together on the robot in simulation. To run the demo, start Gazebo simulator with the playground:

Wait until the simulator is fully running and then run the demo launch file:

As mentioned beforehand, you can run the whole simulation on the ROS Development Studio, by The Construct, with a single click. The advantages include:

In case you want to try it, you can just press the Run on ROSDS button to start: