Fetch robots use wireless controllers. As with any wireless technology, maximum range between controller and robot can vary depending on environment. You should experiment with your robot to understand the distance limit at which you can safely control your robot.

If you are using the older PS3 controller a different version of this tutorial can be found here.

To switch your robot to use a PS4 controller instead of a PS3 controller, see the instructions here. 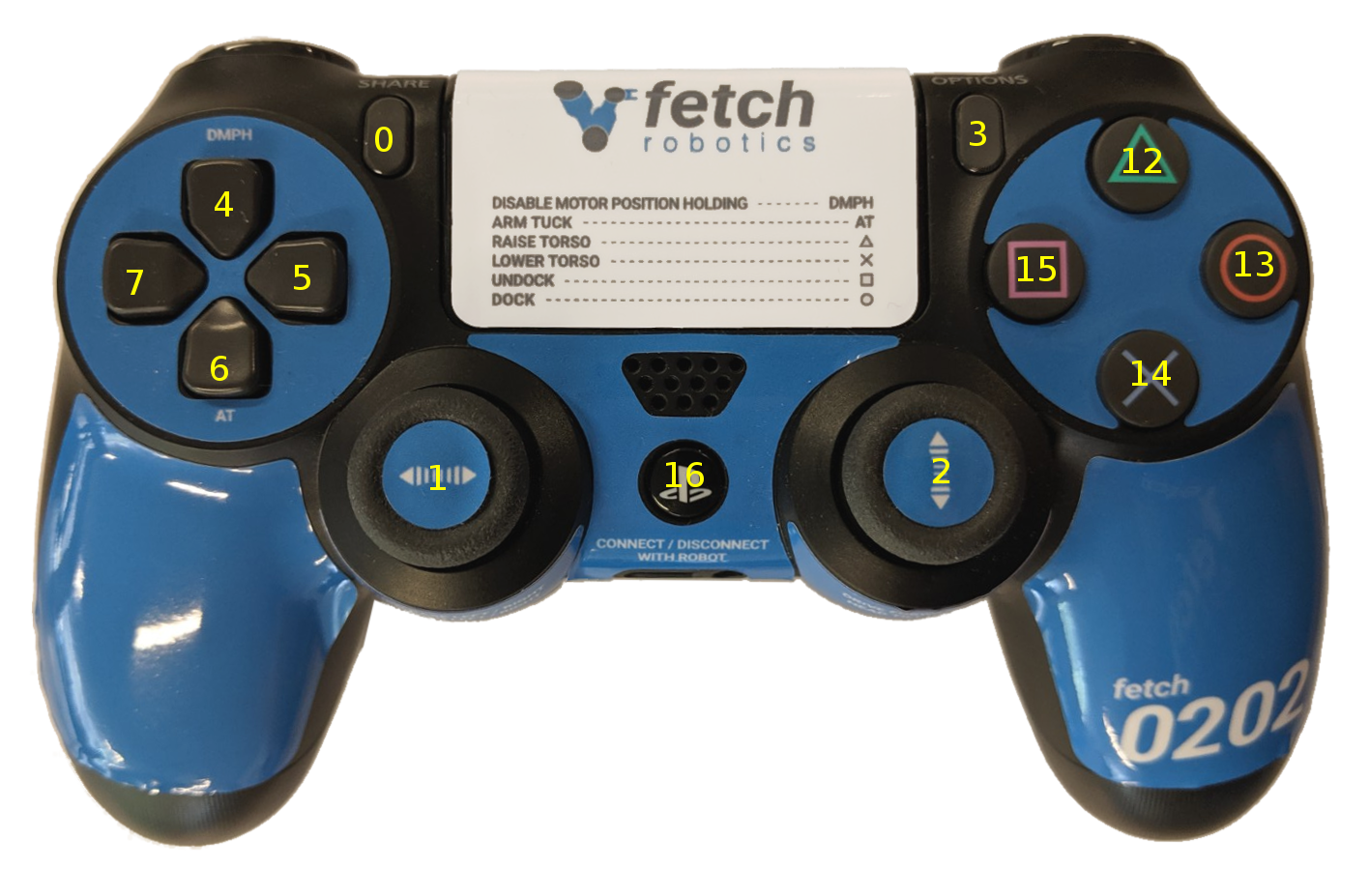 In addition to the runstop button on the side of the robot, similar software functionality is also available, allowing for button presses on the PS4 controller or a program to disable the breakers. This functionality is available in release 0.7.3 of the fetch_bringup package. The teleop portion is disabled by default.

To activate the software runstop, publish True to the /enable_software_runstop topic.

In order to edit the robot.launch file, you will need to use a terminal editor (such as nano or vim), or use the -X flag with SSH to use a graphical editor (such as gedit). Additionally, the editor must be launched with sudo. Instructions below use nano.

To enable the software runstop, first SSH into the robot, and then modify the robot drivers launch file to use it.

We need to modify the robot.launch file to pass the correct arg to the software runstop script:

Note that the -a, -b, -g flags correspond to letting the software runstop control the arm, base and gripper breakers, respectively.

Additionally, if completely disabling the software runstop functionality is desired, the above section in robot.launch can be commented out or removed.

Finally, restart the drivers so that our changes take effect:

Some controllers may have poorly-zeroed joysticks, meaning that they send a nonzero value when the joystick is untouched and ought to send a zero value. This will be apparent if you press the deadman button on the controller, and the robot slowly moves without any input to the joysticks.

This behavior can be compensated for by using a rosparameter: joy/deadzone (ROS docs), which defines the amount by which the joystick has to move before it is considered to be off-center, specified relative to an axis normalized between -1 and 1.

You can inspect the output of rostopic echo /joy with the controller connected to choose an appropriate value for your controller.

To test a value after making the above change, with the arm safely resting so that it won’t fall, restart roscore.: